Use Root's Coding Level 2 Variable blocks for some hands-on introduction to probability and random number generation.

Collect and present the same data in various visual formats.

Identify and describe patterns in data visualizations, such as charts or graphs, to make predictions.

Organize and present collected data visually to highlight relationships and support a claim.

Summarize numerical data sets in relation to their context, such as by:

Understand that patterns of association can also be seen in bivariate categorical data by displaying frequencies and relative frequencies in a two-way table. Construct and interpret a two-way table summarizing data on two categorical variables collected from the same subjects. Use relative frequencies calculated for rows or columns to describe possible association between the two variables. For example, collect data from students in your class on whether or not they have a curfew on school nights and whether or not they have assigned chores at home. Is there evidence that those who have a curfew also tend to have chores? 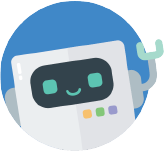 This page has awesome